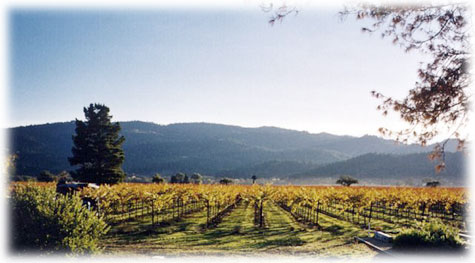 EMH’s vineyard is situated on the valley floor near Pickett Road in Calistoga, just east of the Silverado Trail. Pocketed by the Palisades Mountains to the north and Diamond Mountain to the south, the tiny vineyard of just under an acre produces outstanding Cabernet Sauvignon fruit. The vines – clone 4 – are planted in soil which is primarily gravelly loam, which is characteristic of this area. It enjoys the climate of its more well-known neighbors including Eisele Vineyard, Frediani Vineyards, and Kenefick Ranch.

The winemaker for EMH’s first nine vintages was Art Finkelstein. Art founded the well-known Whitehall Lane Winery, and after he sold that winery, Art opened Judd’s Hill Winery and custom crush facility. As the business grew, Art hired Kenn Vigoda to assist him in the winemaking, selecting someone whose philosophy of winemaking matched his own. Sadly, Art succumbed to cancer in 2010, leaving his son Judd to run the business and putting Kenn at the helm of Judd's Hill's winemaking process. Kenn's careful guidance allowed the elegant, finesse style character of EMH's "Black Cat" to continue in successive vintages. In 2016, Kenn retired and the associate winemaker, Eric Lyman, was named Winemaker of Judd's Hill and the custom crush operation. Eric's guidance in the cellar continues the fine collaboration between EMH and the cellar staff at Judd's Hill.

EMH receives expert assistance in the vineyard from Josh Clark and his crew at Clark Vineyard Management. The Clark people understand EMH's tiny vineyard (soil, vines, and superb micro-climate), having performed contract work at EMH for at least a decade.

EMH’s owner, Merrill Lindquist, is a native of Massachusetts. She purchased the property in 1999, fulfilling a dream to own a country house surrounded by vineyards. From the 2000 harvest she kept a half-ton of grapes, and had them crafted by Finkelstein into EMH’s first wine. It was named “Black Cat” after Sparkles, the black cat who shares the property with the owner and her daughter Emily. The remaining tonnage was sold to another winery.

That wine was placed in a double-blind tasting at Jim Gallagher’s Wine Seminars of San Francisco, and it placed ahead of many high profile Napa Cabernets. A decision was made to stop selling grapes to other wineries, and to reserve all EMH grapes for an increased production of “Black Cat” wine. With the required time in the barrel and bottle, it was only with the 2003 vintage that production reached one hundred cases.